Taxation of US AND Foreign Rental Property

How is US & FOREIGN RENTAL PROPERTY
TAXED ?

Is income from US rental property taxable?

O Yes! An American expat who owns the US or foreign rental property, income from that property is taxable on your Form 1040 (Reported on schedule E). The same would apply if you are a Greencard Holder or a US Tax Resident. In this blog, we explain in detail the taxation of US and Foreign rental properties.

Income and expenses are reported on Schedule E. Expenses are only deductible to the extent of the income from the property. Passive losses are carried forward on Form 8582 and allowed for deduction in the future years assuming you have a gain in those years. Passive losses can be deducted only against passive income. Also,  passive income does not include employment income, interest, or dividend income. Only in the year of the sale, you can set it off against any income from the sale of your rental property. If you do own multiple properties, you can’t take the deduction, since you haven’t sold off the entire rental business. So a complete disposition of rental property is needed to use the unused carryover losses.

**Exception – If you do qualify as a “Real estate professional” or a landlord who “materially participates” and puts in more than 750 plus hours a year can deduct losses up to $25,000 for the year, subject to the AGI limits. This does affect the taxation of US and Foreign rental properties for a taxpayer who is claiming foreign earned income exclusion(FEIE). The AGI limit is calculated after the FEIE.

What defines a us rental property ?

If you are rented out a property for less than 15 days in the year, no income or expenses need to be reported anywhere. If you have put your second home, vacation property on rent for the year and the personal use of the property is more than 14 days or 10% of the number of days rented out, whichever is greater, you’re considered to use a dwelling unit as a residence during the tax year. However, even if you break the 14days/10% rule, you can still deduct expenses associated with the rental to the extent of the income.

If you use your home (rental property, dwelling) for both rental and personal purposes, you generally must divide your total expenses between the rental use and the personal use based on the number of days you used for each activity.

If you own the property with someone else, you may choose to report only your part of the rental income and expenses. Also, property rented out must be rented out at fair market value, even to your relatives. The IRS may disallow the expenses incurred on a property put on rent at less than fair market value.

What expenses are deductible for us rental property?

You can deduct the rental expenses in the year you paid them.

Following are the common rental expenses that can be deducted on Sch E.

The Taxpayer’s rental period starts from the time the property is must into service. The property must be available to rent. If Taxpayer puts his property for rent in the Month of January and only finds the tenant in the month of April, the taxpayer still can deduct the expenses from the month of January itself. One of the most important expenses of a rental property is depreciation. Depreciation is defined as decline in the value of the asset placed over a period of time. The asset placed in service must be depreciated over the period of its entire life. Usually, the value of the property is split between the cost at the ratio of 80:20 in favor of Building and Land respectively. Since land isn’t depreciated, some value must be allocated to it assuming you have a home built on the available land. If you consider the entire 100% towards the building, the IRS may question your deduction. A US residential property is depreciated at 27.5 yrs on a straight-line basis. Non-Residential property is depreciated at 39 yrs. Under the new law, the alternative depreciation system recovery period for residential rental property(Foreign Property) is from 40 years to 30 years.

Any improvements made to the property will be treated as capital in nature. Improvements like building a swimming pool, ramps, and modern kitchen will add to the cost basis of the property.

Under IRC sec 121, a taxpayer can exclude a gain of upto $250,000 for single and upto $500,000 filing joint tax return if the property is owned and used for at least 2 of the last 5 tax years. This only applies to your principal home. If you have a foreign home meeting this criteria, the same exclusion would apply. The taxpayer can only claim this exclusion once every 2 years. If the Taxpayer had to sell the home due to unforeseen circumstances like health, job change a reduced exclusion will be granted. American expats before departing to a Foreign Country, can sell off their US homes and still qualify for this exclusion.(if Job Related*)

If the property has been rented out earlier and the taxpayer meets the ⅖ use and ownership test, the period of non-qualified use (rental) will have to be prorated to calculate the gain. Also the non-qualified period prior to January 1, 2009 is disregarded.

The Treatment of Foreign rental property, although is more or less the same, has become more complicated than ever recently, hence strongly requesting you to consult a Qualified Tax Professional or us for the correct guidance.

The detailed explanation of the tax literature is beyond the scope of this blog. We will do our best to simplify the nitty-gritty regarding ownership of Foreign Rental Property.

A Foreign rental property will most likely be considered a Qualifying Business unit (QBU).

The Term ‘Qualified Business unit’ means any separate and clearly identified unit of a trade or business of a taxpayer which maintains separate books and records.”

Income from Foreign Rental property will be classified under “ New Foreign Branch Income Basket” on the Form 1116 (Foreign Tax Credit) . Earlier, it was classified under the passive income category and foreign taxes from other foreign passive activities could be set off against it. Now, only foreign taxes paid for that QBU can be offset for the same.

A QBU that uses ‘foreign currency’(for functional currency)must calculate its profit or loss in the foreign currency for each tax year, then later translate it to US dollars, which then can include it as income on the tax return. An average exchange rate is used for this calculation. However, the remittance date is the date when gain/loss on remittance is calculated.

Any gain from foreign exchange currency transactions is treated as ordinary income and only taxable if it exceeds $200.

Based on the recent 2017 TJCA, QBU is considered as a “Foreign Branch” and will have to file the Form 8858 “Information Return of U.S. Personals With Respect to Foreign Disregarded Entities (FDEs) and Foreign Branches (FBs). As per the IRS, An FDE is an entity that is not created or organized in the United States and that is disregarded as an entity separate from its owner for U.S. income tax purposes.

The Enron scandal was mainly caused by clubbing these Disregarded Entities as one entity to get favorable tax treatment.

For Tax Purposes, a QBU is considered as a Foreign Branch having a separate set of books of accounts.

A US person who:

The numbers reported on Form 8858 must be in the entity’s functional currency in accordance with US GAAP (Generally Accepted Accounting Principles) and these amounts must also be translated into US Dollars (USD), using either GAAP translation rules or the average exchange rate as determined under Section 989. Yes, this can get very very complex, hence recommended to consider professional advice.

What are the penalties?

Yes, there are severe consequences for non-compliance. Failure to file Form 8858 can have financial/civil and criminal penalties.

Informational Forms like 8858 are one the many forms which are required to be filed to report your foreign interests abroad. Since the penalties are so severe, it’s very important to hire a Qualified Expat Tax Accountant to deal with the Taxation of US and Foreign Rental Properties.

Got Questions? Give us a call or drop us an email SuperExpat@cloudexpattax.com

DISCLAIMER: The above info should only be considered for the knowledge of US Tax. Every Taxpayer’s situation is unique, strongly advise you to consult a Tax Professional. 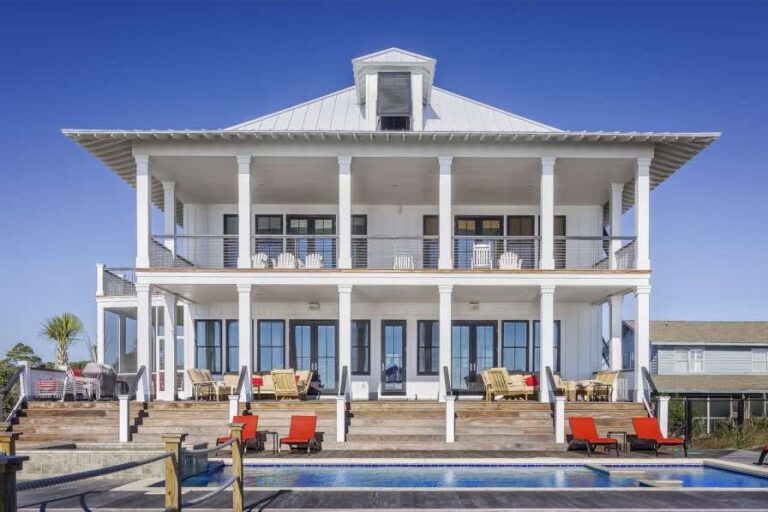